One of the blessings of NSIDC sea ice data is that they update their monthly averages promptly. 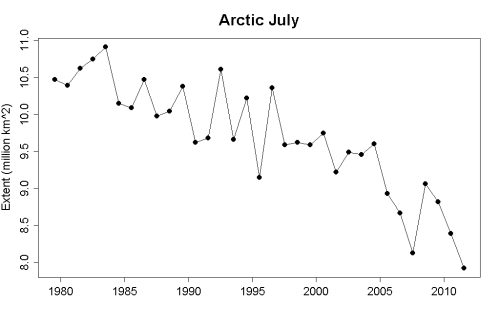 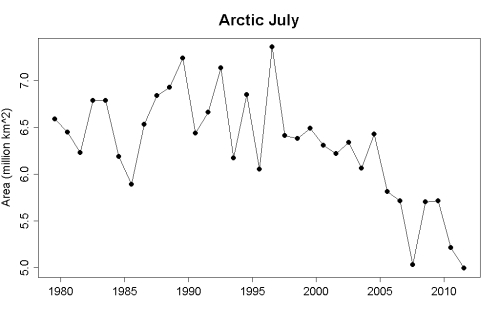 Modeling the September minimum extent using time (including a quadratic term), July extent and area, and June area (the best model according to AIC), the new prediction is 4.22 +/- 0.62 million km^2, which would just barely break the 2007 record for all-time minimum extent: 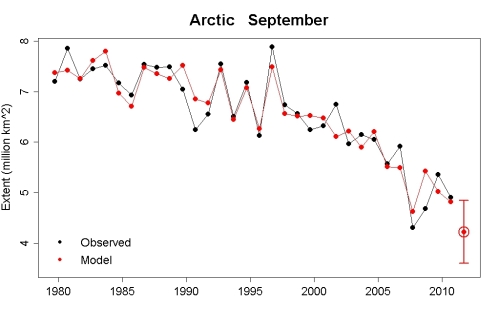 I’ll point out that the error bars are sizeable, and this September could well fail to break the 2007 record. In fact at the moment I’d say that the odds are about 50-50. But it’s very likely that the 2011 minimum will have less extent than 2010, and will probably show at most the 2nd-lowest September average sea ice extent on record.