Does Willis Eschenbach have Any Honor?

He wrote a new post at WUWT claiming this about James Hansen’s 1988 prediction of the course of temperature change over the following 30 years:

Back then, he said the globe would warm up by two to five degrees by 2018 with five degrees being under the “business as usual” rubric … not. Here’s the story as written up in “Spin” magazine in 1988.

I’m familiar with Hansen’s 1988 predictions. I’ve blogged about it.

Hansen and his co-authors said no such thing. Here’s the graph of projected temperature change under the three scenarios considered: 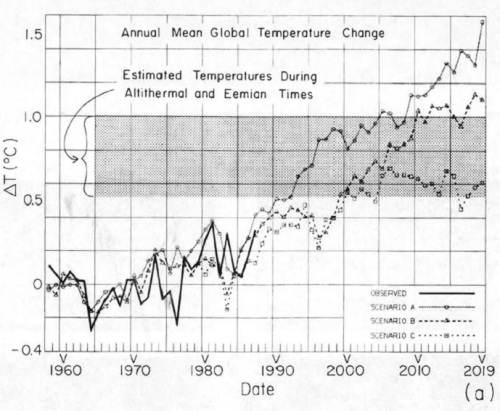 For those interested in what actually happened, here’s the data from NASA GISS: 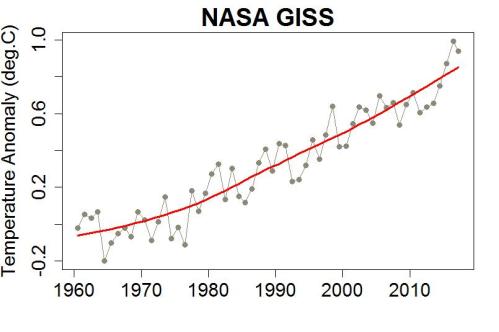 Willis’s “scholarship” is deplorable. He seems unaware that the numbers in Hansen’s graph are not temperatures “since 1988,” they’re temperature anomalies relative to the 1951-1980 baseline used by NASA. Most of all, he bases his article on an erroneous statement from “Spin” magazine, when it’s ridiculously easy to retrieve the original paper and find out the truth.

But that’s not all. He slanders Hansen with this opening line:

and later adds this gem:

IF Willis Eschenbach has any honor at all, he will change the post to admit his mistake, and I don’t mean a “see update at the end of the post” so people will start out with the wrong idea. I certainly don’t mean “delete the post” so he can hide his embarrassment. I mean up front, at the top, very first thing, admit that he was wrong and that he failed to find out the truth in spite of the ease of doing so.

And he will apologize to James Hansen.

Does Willis have enough honor to do so? We’ll find out.

28 responses to “Does Willis Eschenbach have Any Honor?”