I’ve received some bullshit comments over the years, but every now and then one just goes that extra bullshit mile:

Yeah, holding NY up as an example doesn’t make sense. Stockholm has better numbers than NYC, and Stockholm did (almost) nothing. Cuomo’s response seems to have been worse than neutral, that is, it seems to have made things worse. Does anyone seriously think that any state in the US is going to catch up to NYC’s death total? Even on a per capita basis?

Here’s the daily death toll in NY compared to Sweden’s: 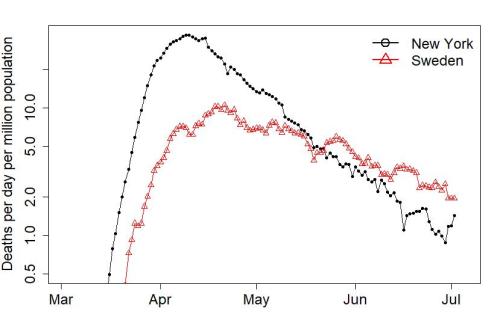