In recent posts I’ve featured graphs of the average daily high temperature in Australia during summer. Here’s one of temperature throughout the entire year; black dots show each year’s average, while the red line with pink shading around it shows an estimate of the trend and its uncertainty range (just an estimate, mind you, but it’s based on math, not on “looks like”) 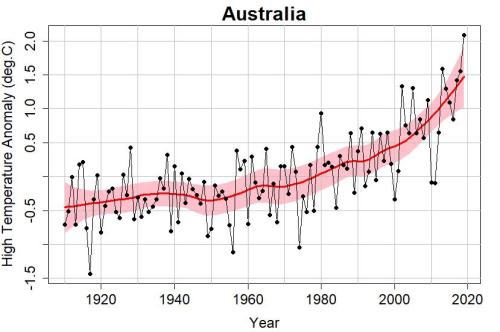 40 responses to “Australia: Choose your Future”