It will probably not surprise you that global temperature according to NOAA agrees with that from NASA, that February set a new record for the hottest monthly temperature anomaly on record. 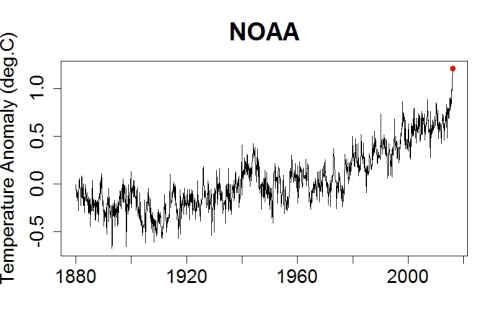 Just as we did with NASA data, we can estimate the influence of el Niño, volcanic eruptions, and solar variations on global temperature. Here’s the data (black line) together with the model (red line): 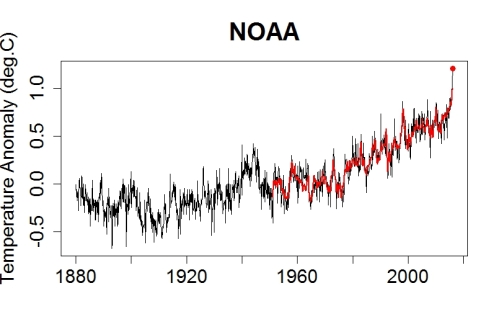 The known factors account for much of this year’s increase, demonstrating that the el Niño brought part of the record-breaking heat. But not all of it. There’s also that trend — the one due to global warming. And there’s other natural variation as well; here are the residuals: 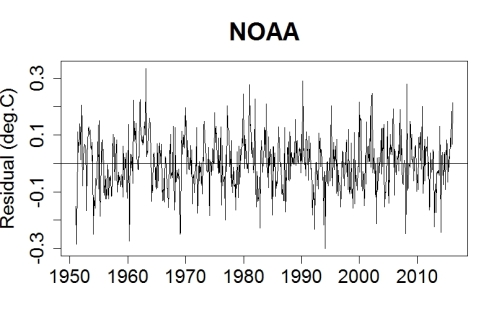 Data corrected for known sources of variation reveals that the trend continues, upward, and there’s no evidence for any recent “pause,” “hiatus,” or even “slowdown”: 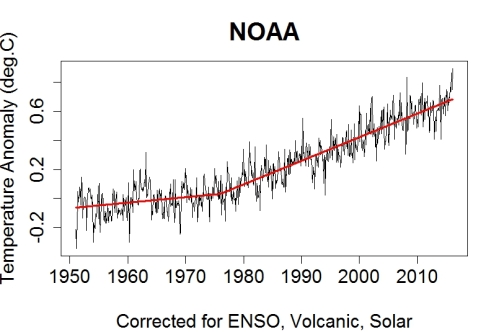 Satellite data for the atmosphere show the same thing. Here’s total-troposphere temperature according to RSS (Remote Sensing Systems), along with a model (in red) based on el Niño, volcanic eruptions, and solar variations: 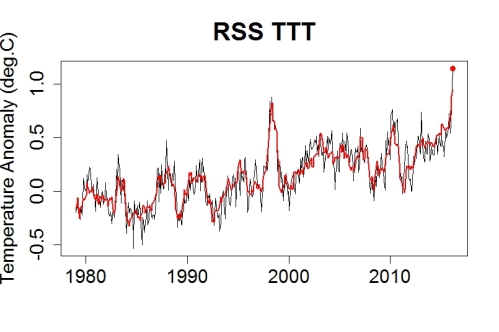 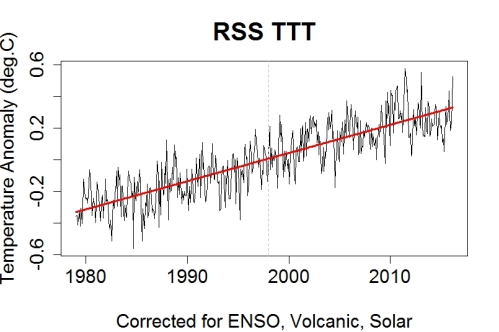 The steadiness of the trend is obvious. The dashed gray line marks the begining of 1998; claims (by so many) that global warming stopped or paused at that time, are just ludicrous.

People are also starting to notice that temperature over land areas (disregarding the sea surface) has risen even faster, also smashing records this February: 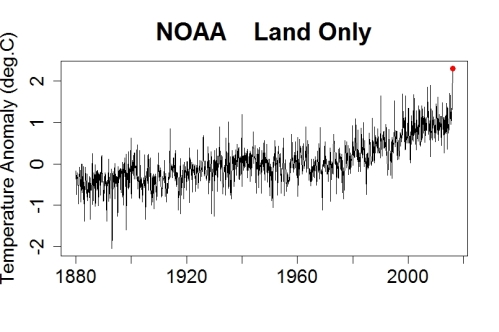 February’s temperature this year over land areas was 2.31 deg.C (a whopping 4.16 deg.F) hotter than the 20th-century average.

Folks, there’s no sign that this February’s extraordinary heat is a change in the trend. But it is a wake-up call. It’s a slap in the face. Because fluctuations like we’ve seen, from both known and unknown sources, can’t break record after record all by themselves. For that you need the trend. When trend and fluctuations combine, you get records like we’re seeing now. And it has consequences. They’re sometimes even ironic.

Donors like you are a big help keeping this blog going. Join in by donating at Peaseblossom’s Closet.