Before you’re too heartily impressed, bear in mind that my prediction was 4.63 +/- 0.9 million km^2. It was a simple statistical prediction, based on continuing the existing trend into this year. Clearly this year’s evidence indicates: the trend continues. That’s why my prediction was correct. But the error range (the range in which we expected the result probably to fall) was sizeable. The reason my prediction was so close to the final result is: I got lucky.

Or maybe not. It’s good luck that the prediction was so close. It’s bad luck — for all of us — that the trend continues. It’s because of global warming, and that’s bad. For all of us.

In July I updated the forecast to include information from both the extent and area figures for June of this year. That yielded a prediction of 4.66 +/- 0.66 million km^2, not much different from the original prediction. In yet another update in August, a model using past September extent and this year’s extent from July as well as area from June and July predicted 4.22 +/- 0.62 million km^2. However, I also noted that I guessed the odds were about 50-50, and in comments a reader asked whether my actual expectation was therefore 4.3, to which I agreed. In either case the prediction was also correct (its error range included the final result) but didn’t turn out nearly as good as the original trend-only prediction either. That’s statistics for you.

Here’s the final result for this year, which takes over 2nd place for all-time low extent, together with predicted values (from continuing the trend) for the next three years: 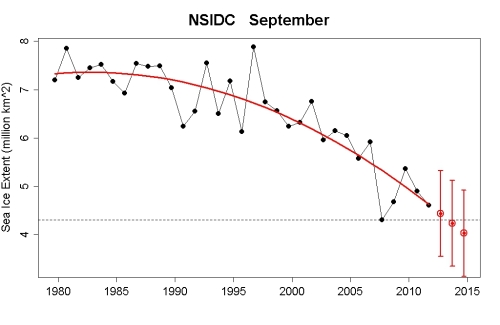 This year did not set a new record, the 4.30 million km^2 September average (NSIDC) from 2007 is still the lowest yet observed. Neither did it set the record for daily minimum in the JAXA data set, for which this year came in 2nd as well. But according to data from the University of Bremen this year did break the 2007 record. 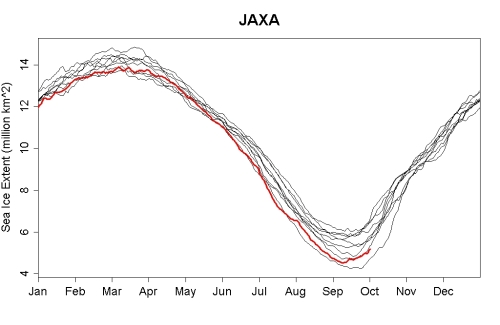 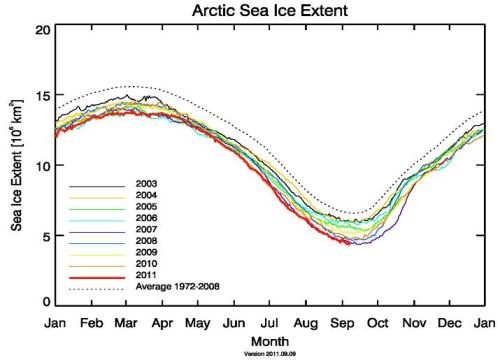 As for sea ice area rather than extent, 2011 did break the record according to data from Cryosphere today. Perhaps the most meaningful metric for global warming is sea ice volume, which according to PIOMAS also set a new record low. 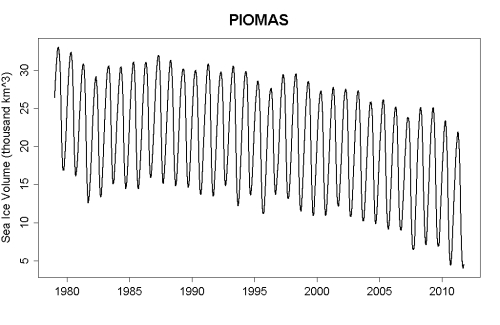 In fact, in spite of the quite steady decline of Arctic sea ice extent and area, the volume has declined even more steadily because the ice is thinning as well as covering less area. The trend is evident from a graph of sea ice volume anomaly: 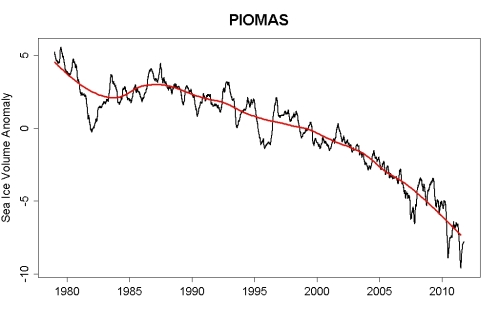 Perhaps most startling is that every day this year has shown a lower volume than the same day for any previous year: 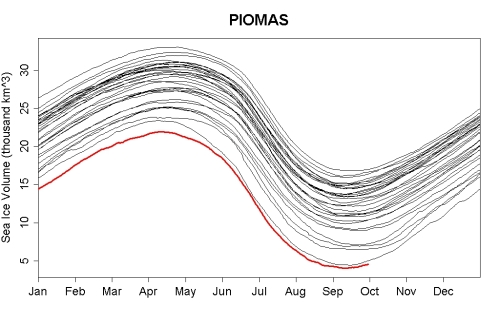 One other fact deserves mention. As pointed out on RealClimate, Arctic sea ice is declining all throughout the year, not just during its summer minimum. This has a profound effect, especially during summer (June/July/August), the months of greatest solar insolation, because what used to be covered with highly reflective ice is now highly absorptive ocean. This increases the heat input to the Arctic (ice-albedo feedback), one of the reasons that the Arctic is warming so much faster than the globe as a whole. 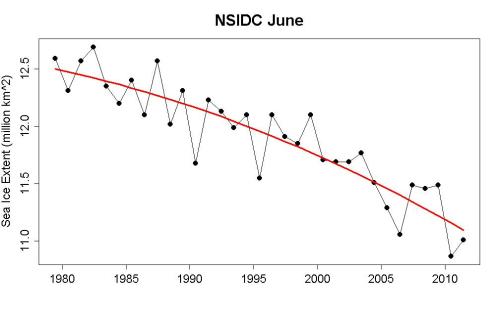 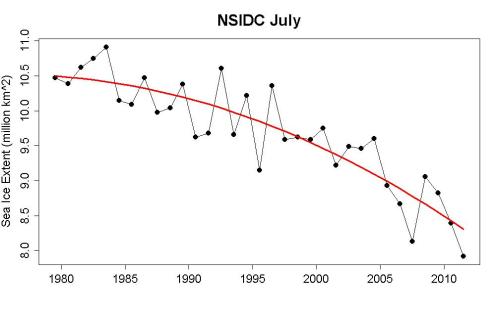 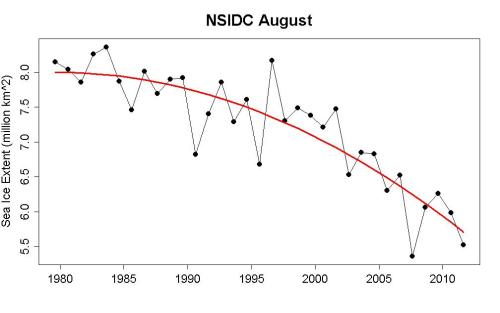 Whatever month one chooses, the trend in Arctic sea ice is one of rapid decline. The latest data indicate that the trend continues. The reason is: global warming.